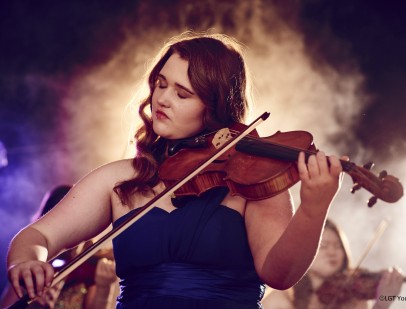 Kaat started with music theory lessons when she was six years old. A year later she began to play the viola, and many lessons in both music theory and practice followed.

She was a member of the Jong Talentenklas from 2013-2016 and started her bachelor studies at the Conservatorium in Maastricht in 2016 with Prof.Julia Dinerstein. She has followed several masterclasses with Alexander Zemtsov, Mikhail Zemtsov, Dana Zemtsov and Julia Dinerstein.

Kaat has played in festivals and concerts in Belgium, the Netherlands and Italy. Since 2016 she is a member of the LGT Young Soloists (Switzerland, www.lgtyoungsoloists.com), performing throughout the world (Dubai, Austria, Greece).