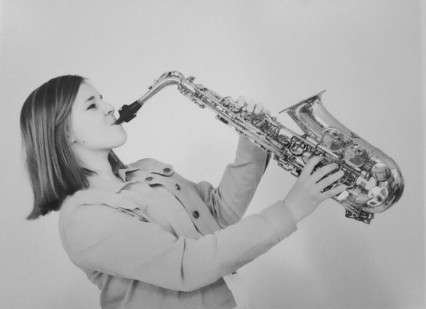 Carmen comes from a musical family and started playing the saxophone at age 6. She plays both the alt as well as the soprano saxophone. She has been a member of the Harmonie St Agatha in Eys and a student of Mr Jacques Claessens. Currently she also follows lessons from Jean-Pierre Cnoops as a student of the preparatory class at the Conservatorium in Maastricht. Carmen also follows singing lessons at the Conservatorium Maastricht.

Carmen has played with the Johan Strauss Orchestra (led by Andre Rieu) in a TV program to collect money for the charity Kika who works against childhood cancer. A year ago she played a solopiece during the television program LEF!

In July 2016 she was a soloist with the Limburgs Fanfare Orkest on their galaconcert.