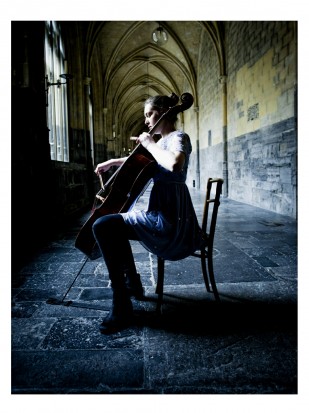 Having started playing the cello at the age of 6 on the Music School in Maastricht.

She followed lessons at the Sweelinck Academy in Amsterdam (Monique Bartels), Larissa Groeneveld (The Hague) and Felix Schmidt (Royal Academy of music, London).

At the moment she is a student of Prof. Alexander Petrasch and Gustav Rivinius.

Eline gave several recitals in The Netherlands, Spain and in Switzerland as a member of ‘The fancy fiddlers’ and also as a soloist with symphonic Orchestra’s  like the South Netherlands Philharmonic, Arka Symphonic Orchestra, The Akens University Orchestra (Germany), “Het Britten strijkorkest’ and others. In 2013 she got the chance to participate in a TV program called ‘De Zandtovenaar’ (KRO).

In 2016 she was one of the young musicians who participated in the concert tour to Leipzig and gave concerts in the Schumann, Mendelssohn and the Bach House.

In September 2016 she has played in the program ´Spiegelzaal´ in ´The Concertgebouw´ on Radio 4 together with ´choir of the year Quint´.

For her study in London Eline has received an ´entrance scholarship´ from the Royal academy of music, Van Den Ende Foundation and Fundatie Vrouwe van Renswoude.