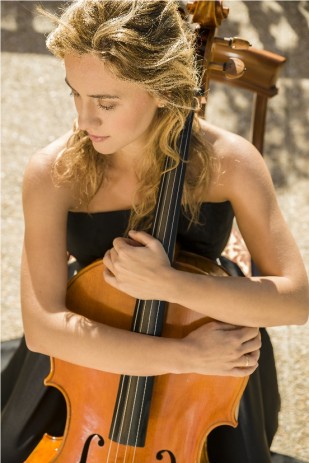 Nuria Gañet is violoncello teacher and head of the String Department at the Alcañiz Music Conservatory, Spain.

As a keen recitalist and chamber musician, Nuria has held a large number of recitals all around Spain and Europe. As a member of Salduie Trio, she makes a wide research and spreading of unknown Spanish chamber music and has recorded several CDs.

Former member of the Spanish National Young Orchestra (JONDE), she has performed with the Spain National Orchestra (ONE) and Zaragoza Enigma Orchestra, among others, and has appeared as a soloist with orchestras in Spain and Romania.

Winner of national competitions such as Violoncello National Competition (1997), Nuria has received awards by the Government of Aragon and the Ministry of Culture of Spain.

On the other hand, Nuria has a degree in Musicology and holds a PhD in Education from the University of Zaragoza (Spain)

Nuria is founder and Artistic Director of National Young Cello Competition “Jaime Dobato Benavente” which promotes the cello among young talents and she is head of the Cello Department at MMM!.