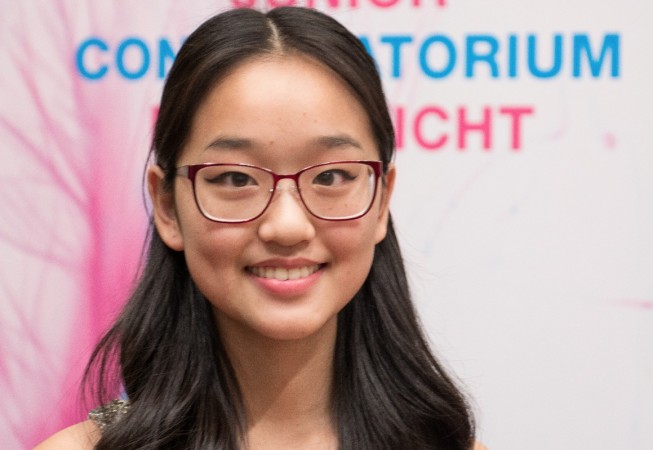 Yingshan Hu (Maastricht, 1999) – Piano
Yingshan started piano lessons at age 6 with Alejandro Serena at the music school in Heerlen. In 2011 she played at the Kinderprinsengrachtconcert in Amsterdam. She has participated in the
documentary “Jong Talent: In Muziek” by the Dutch National Television in 2012 and in 2014 she made a studio recording of her music.
Yingshan has performed on various national and international stages as a soloist and a chamber musician such as the Concertgebouw, Muziekgebouw aan ’t IJ and the Wonderfeel Festival in Amsterdam. She has followed masterclasses with o.a. Enrique Bagaria, Anastasia Safanova, Jeroen Riemsdijk, Joop Celis and Michiel Borstlap.
At home Yingshan practices on a Kawai Grand Piano which has been made available to her by the Nationaal Muziekinstrumentenfonds (NMF). She receives piano lessons from Alejandro Serena and Tonie Ehlen.
Significant Prizes:
First Prize (Cat 2), Prinses Christina Concours Zuid 2, 2015.
First Prize, Prix Dominique Concours, 2014.
Second Prize, International Steinway Pianoconcours Alkmaar, 2016