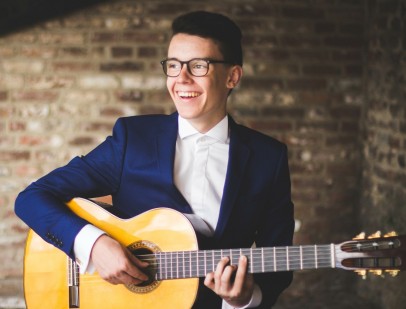 Cedric started as a nine-year-old youngster with music lessons at the Academy North Limburg. A year later he began with guitar lessons. Since September 2014, he is a member of the Jong Talentenklas, receiving lessons from Roman Krejci.