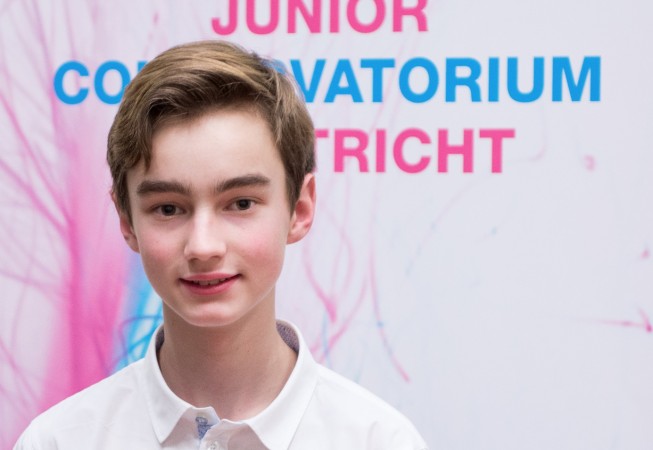 Youp Schyns (Heerlen, 2002) – Piano
Youp is a member of the Jong Talentenklas since 2012. He receives piano lessons from Alejandro Serena and Tonie Ehlen. Youp was a guest of Hans Haffmans on the live-radio-program “Earbites”. He has also given a solo concert at the Amsterdams Grachtenfestival and he has performed in the Concertgebouw in Amsterdam.

Several times he has been invited as a soloist to play with the Limburgs Jeugdorkest Amikejo. Youp has followed masterclasses with Philippe Raskin, Michaël Schalamov, Luiza Borac, Anastasia Safanova & Joop Celis.