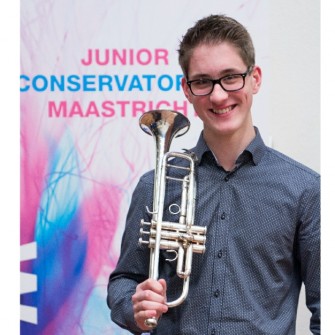 Romano started his trumpet lessons in 2006 at the Fanfare Sint Caecilia in Schinnen. He is a member of the Jong Talentenklas since 2011, currently receiving lessons from Theo Wolters and Richard Didden in both the classic and popular music repertoire.

Romano has played as a soloist at the Kinderprinsengrachtconcert in Amsterdam in 2013 and during concerts by Andre Rieu at the Vrijthof in Maastricht. In 2014 he was the soloist at the Vasteloavesconcerts of the Philharmonie Zuid-Nederland and in 2015 he played with the Marinierskapel der Koninklijke Marine. He also performed with the Metropole Orkest in 2015 during a gala evening in commemoration of the Limburg mines.