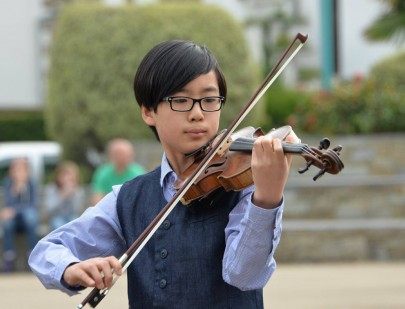 Theodore Kim was born in April 2004 of Korean-Belgian non-musician parents and began his violin playing with the Suzuki method at the age 6 in Wavre, Belgium. But it is only when he met professor Igor Tkatchouk in October 2013 that his violin progressed rapidly.

Since 2015 he is part of the Belgian Young Soloist Ensemble. He is a member of the Jong Talentenklas since 2016, receiving violin lessons from Prof. Piotr Jasiurkowski.