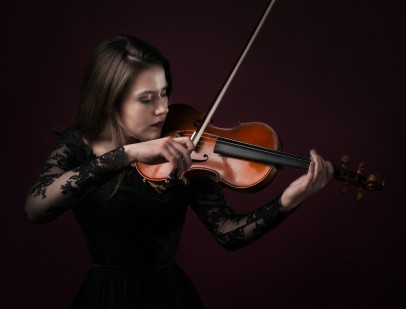 Klara started playing the violin at the age of 7 in Warsaw. She is currently a student with Prof. Robert Szreder at the Jong Talentenklas and in the Zenon Brzewski Music School in Warsaw, Poland .

Klara has won a number of national and international competitions and has given several solo recitals in the Netherlands and in Poland. She has also performed as a soloist with the Delft Symphony Orchestra and the Bratislava

Chamber Orchestra. Klara has received a prestigious scholarship from the Foundation of Sinfonia Varsovia Orchestra.

She has followed masterclasses with Robert Szreder, Emmy Verhey and Dora Schwarzberg. She has performed in the Phillips Hall in Eindhoven, The Toonzaal in Den Bosch, Mozarteum in Salzburg, Duke’s Hall in London and many other venues.